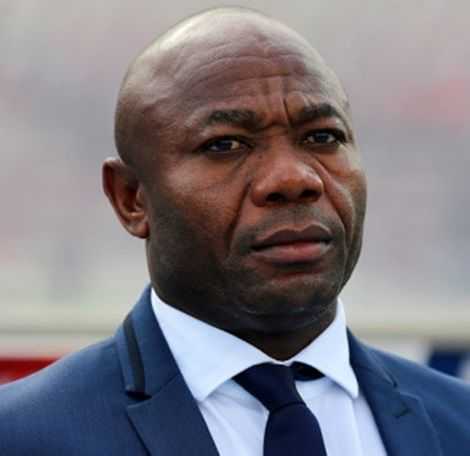 Former Nigeria international Emmanuel Amuneke says he will continue to put himself forward for coaching jobs in Europe despite being overlooked by Spanish clubs in the past.

The 49-year-old, who last year led Tanzania to their first Africa Cup of Nations since 1980, is seeking a return to management after leaving his role at Egyptian side Misr El-Makkasa.

He also led Nigeria to the 2015 Under-17 World Cup in Chile while as player he won Olympic Gold in 1996, which came two years after winning the Africa Cup of Nations, playing at the World Cup and being named African Footballer of the Year.

"It's frustrating and disappointing that despite playing here and undergoing your coaching training in Spain, Africans are never considered for a job in the country," the former Barcelona player told BBC Sport Africa.

"I returned to Spain after winning the Under-17 World Cup and applied for jobs in the Spanish Leagues, but I was overlooked and not even shortlisted for interviews.

"A second division side in Spain showed strong interest through an agent, but despite my experience of playing in Spain, undertaking my coaching trainings here and winning the World Cup, it was not enough for them to put their trust in me.

"I'm not discouraged about this situation. I will continue to make myself available for any opportunities that may come or any vacant jobs that is open because Spain is where my family lives."

Amuneke and former Super Eagles midfielder Seyi Olofinjana were recently approached for the vacant Nigeria Football Federation Technical Director's role, but both rejected the job, which was filled by Austin Eguavoen last month.