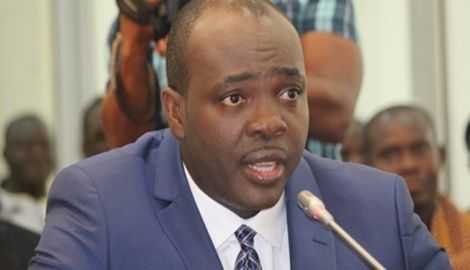 The Minister of Youth and Sports, Hon Isaac Asiamah has announced a cash reward of $10,000 to the Ghana Weightlifting team, the Black Cranes for their exploits at the just ended Africa Weightlifting Junior and Youth Championship in Kampala, Uganda.

Out of the 12 countries that competed in the Championship, Ghana’s Black Cranes finished off as the third best team on the table.

The team called on the Minister at his office on Thursday to present their winning medals and report to the minister on their success story so far.

The Minister thanked the Federation and the athletes for making the country proud. He announced a cash reward for the team as a gesture to show that “Ghana is indeed a country worth dying for.”

“I want you to know that whatever you are doing the nation appreciates your efforts. When the local Black Stars went to the president for winning the WAFU, the president gave them $100,000. It has not happened in other disciplines before but we need to do something. So I’m starting today on behalf of the president of Ghana, and for what you have done I am giving you $10,000. This is an appreciation from the president of the republic of Ghana,” the Minister noted happily.

The Ghana Weightlifting Federation thanked the government for sponsoring the trips to both championships.