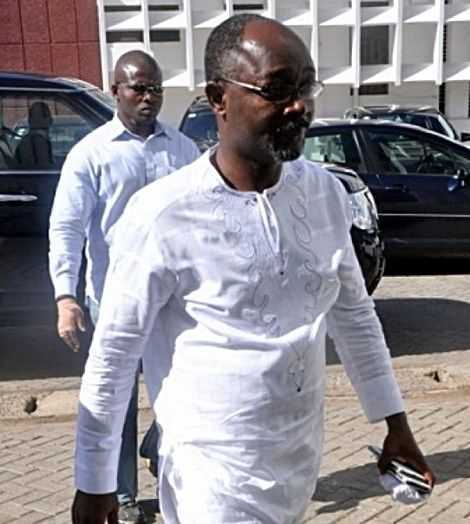 In the run-up to the 2012 general election, there was no child in this country who did not recognise the name ‘Woyome’. His name was incorporated into a song, to which people danced during rallies and marches and other political gatherings.

His name dominated the news channels and legal arguments flew around him. But far from having achieved folklore hero status like the legendary, wily and lovable Kwaku Ananse, the businessman Alfred Agbesi Woyome stewed in a quagmire of allegations of financial malfeasance, skullduggery, slickness and with it, millions of cedis that made people both dizzy and infuriated.

The story, when it broke, was that Mr Woyome had creamed GH¢51.2m (for effect, ‘512 million Old Ghana Cedis!’) off the state for no work done, and that the then Attorney-General, Mrs Betty Mould-Iddrisu, had happily authorised the payment. The NPP, wallowing in opposition at the time, lunged at the story with the vigour of a hungry cat pouncing on an overweight mouse, screaming that it was a sweetheart deal disguised as a judgment debt in order to fleece the poor taxpayer.

The government’s communication machinery sprang into action, insisting that the NPP, when in government a few years earlier, had through its actions caused the liability to Mr Woyome to arise in the first place and that the NDC government was simply making the payment on that score. Legal arguments flew back and forth, and explosive revelations came up. Eventually, the government team began to squirm and then they eventually abandoned their defence of the embattled businessman.

Then in an interesting volte-face, the state arrested Mr Woyome and put him on trial for fraudulently submitting a claim that the state had supposedly investigated and happily paid. Eh? The drama continued after Mr Woyome was acquitted, with the self-styled Citizen Vigilante and former Attorney-General under President John Evans Atta Mills, Mr Martin Amidu, stepping into the fray to successfully sue at the Supreme Court for the return of the money. Mr Woyome filed one application after the other to try to stop the pursuit and cling to his assets.


After seven years of legal wrangling, the Supreme Court has ordered the sale of the businessman’s assets. He has indicated that he will press for a review of the apex court’s decision, but many legal minds believe that in reality, he has come to the end of the road and is actually delaying the inevitable.

Like many citizens of the land, I am delighted that the state is getting back money it should not have paid out in the first place. But you do not have to like Mr Woyome as a person in order to feel a tinge of sympathy for him for the marathon he has run over the years trying to protect his liberty and his assets, racking up his legal fees in the process. It must have been an emotionally draining experience with the Sword of Damocles dangling above his head, especially when he did not raid the state treasury at midnight for the money or put a gun to the head of the then Attorney-General to demand the money. But to go from plush residences to nothing must be galling, surely.


Mr Woyome’s case gained the centre stage precisely because it had political figures written all over it, and in this country, salacious partisan politics gives oxygen to even the mundane of issues. But the state haemorrhages are far more money on a regular basis that it would make Mr Woyome’s windfall seem like chicken feed.

For years, the annual Public Accounts Committee reports have made depressing reading, but after a few days of complaining, we literally shrug collectively, perhaps because they do not involve politicians. After all, where is the joy in roasting faceless technocrats? Slowly, the Auditor-General seems to be awakening to his legal powers of surcharging public officials who cause the state to lose money, thanks to OccupyGhana breathing fire down the back of his neck. But the public near-silence on these matters is quite deafening.

Of course, the state must work assiduously to ensure that they protect the public purse. But I believe the Woyome principle of publicly screaming the national house down to jolt the state into action helps, and must apply to non-political looters too.