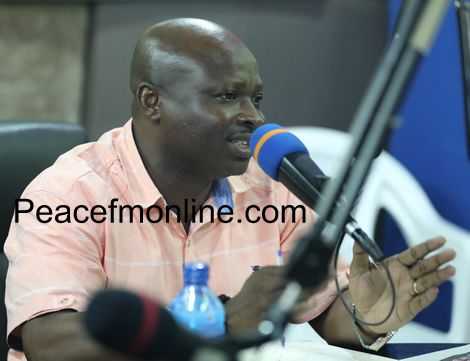 A member of the Finance Committee in Parliament, Richard Acheampong has emphatically stated that the Finance Minister, Ken Ofori-Atta lied to Ghanaians in his presentation of the 2020 budget statement and economic policy.

According to him, the dishonesty of the Finance Minister was exposed when he said that Ghanaians will not pay taxes in the 2020 budget as the government has extended the national fiscal stabilization levy for 5 years when it should have ended in 2017.

Speaking on Okay FM’s 'Ade Akye Abia' Morning Show, the Member of Parliament for Bia East insisted that the Akufo-Addo government has introduced new taxes in 2020 by the extension as the government will bring the Amendment Bill to Parliament to be passed.

“The budget statement said that the government did not add any tax to the 2020 budget but that is deceptive because National Fiscal Stabilization Levy should have ended in 2017 but this government extended it to 2019 . . . And so, that has become a new tax for Ghanaians . . . why is the Finance Minister who wears white attire all the time come out to say that he didn’t add any further tax? Is that how we run a country?” he slammed.

He maintained that the Akufo-Addo government has piled up the hardship on Ghanaians with the increment of taxes on GETFund, NHIS Levy and Communication Tax as stated in the mid-year budget review.

"In the mid-year budget review, the government increased taxes of GETFund to 2.5%, NHIS to 2.5%, Communication Tax increased by 50% and so all these add up to the hardship which Ghanaians are experiencing under the Akufo-Addo government,” he stated.