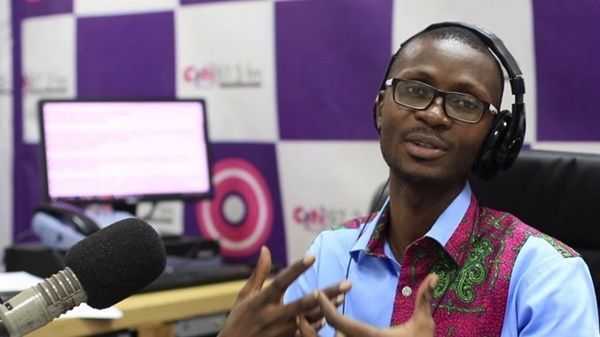 Together, the Citi Breakfast Show team is MORE. Why? Because they are achieving more as a team than they ever could as individual journalists. Each member of reigning best morning show in Ghana is a cog in the machinery that makes the show compelling.

From host, Bernard Avle, to his co-hosts, Kojo Akoto Boateng, Nana Ama Agyeman Asante, Richard Sky, to the presenters who pop in and out, such as Nathan Quao, Godfred Akoto Boafo, Sandister Tei, newscasters like Vivian Kai Lokko and finally show producers, Fred Djabanor, Caleb Kudah, and Godfred Odoom, the Citi Breakfast Show (#CitiCBS) is an example of how Ghanaians can work together for a unified purpose and achieve more, because “Together We’re More”.

In a country known for free speech and a vibrant media landscape it’s hard to cut through the clutter, be heard, and also set national agenda. Citi FM says with programmes like the #CitiCBS, they have become a household name in Ghana by delivering on their promise to make a difference in the lives of their stakeholders and community as a whole.

Bernard and his team have gained public respect in the last decade by exploring, questioning and presenting a morning show that delves into current affairs and matters of importance often overlooked in the excited babble of socio-political news. Winning awards and accolades testifies their greatness. Bernard was adjudged the journalist of the year and the show Morning Show of the year for 2017. The #CitiCBS has won recognition for its nationally relevant work in promoting Ghanaian business and economy, ending Galamsey, and more.

What Citi FM’s Breakfast show accomplishes, is a result of the individual competencies and also institutional memory of its team, underscored by the capacity of the station to have the wisdom to employ them in the first place. More so, their current level of excellence has been attained through a continuous honing of their skillset as journalists working for discerning listeners with high expectations. Theirs has been a collective journey and a lesson for corporations and Ghanaians in general.

Each member of the #CitiCBS is competent in their own right but they work best together. Bernard, as an intelligent presenter who asks pointed questions, isn’t intimidated and who makes sense of complicated national issues for the benefit of listeners and audiences at events he moderates.

Kojo Akoto, known for his research prowess, is the data-person, providing timely insights to guide the direction of discussions and is involved in a myriad of social good programmes including digital business. The hard-hitting Nana Ama, never disappoints with her intelligent analysis and ability to speak truth to power.

She backs up her talk with her work off-air as a women’s rights campaigner. Sports journos Godfred and Nathan, both influential in sports news circles prove their broad talents. They are fixtures on the #CitiCBS, joining in heated socio-politico-economic discussions. Juggling everything digital is Sandister who talks digital trends on-air and pushes positive digital social interventions off-air. The news team, led by Vivian intersperse with informed stories while producers Fred and Caleb are the #CitiCBS’s backbone ensuring balanced reporting, effective contributors and public interactions. Music on the show is intentional, because technical producer Godfred knows nostalgia and relatability is what retains audiences. Not forgetting the energetic Richard Sky who is currently absent in law school but was an integral part of making the #CitiCBS iconic.

It is relevant to raise the #CitiCBS team as a positive example because there’s no time like now to take stock, and appreciate what unified effort achieves. As the Akan proverb goes, “Praye, se woyi baako a na ebu: wokabomu a emmu.” Meaning, when you remove one broomstick it breaks but when you put them together they do not break. This principle is essential because it is reflected in how Ghanaian corporations should approach serving their customer’s needs.

Like the #CitiCBS team, reputable Ghanaian financial institution, Fidelity Bank, has grown from strength to strength in becoming a world-class financial institution providing superior returns for its stakeholders. What has kept the bank going is the understanding that success is a team effort; between itself, its customers and the general public.

Corporations must lead the charge to rally Ghanaians to achieve a unified purpose and Fidelity bank knows that Ghanaian financial wellbeing is best advanced with a communal-good mentality. The focus on communal good is what guaranteed that Fidelity would recapitalize successfully to reassure stakeholders it has their best interests in mind.

At the heart of the #CitiCBS team’s excellent work is the desire to do more for Ghana; values that Fidelity Bank cherishes and follows their example because as they urge Ghanaians to believe with them, the bank knows that “Together We’re More.”