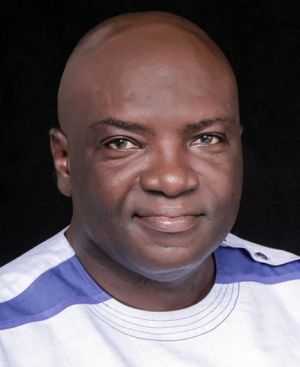 “Not since the early 1950s, when Ghana’s battle for independence gained steam, or the late eighties and 1990s, when Ghanaians pushed for the passage of the 1992 Constitution and democracy in Ghana, has the nation witnessed as significant a political, social and economic event as allowing Ghanaians to select their local governments through popular and political participation,” it has been said.

“President Nana Addo Dankwa Akufo-Addo, for that decision alone, is a ‘political saint’ comparable in politics to the likes of DR. Kwame Nkrumah, and if you like, those who pushed for the promulgation of the 1992 Constitution,” it has been said.

Speaking in an interview with the Daily Searchlight, the publisher of the paper, Mr. Kenneth Kuranchie, said that those who were opposed to political party participation in local government were failing to truly appreciate the magnitude of the proposal that political parties participate in local elections.

He said that firstly, for any president to even contemplate that he would cede political power freely granted him under law, required that such a president be glorified.

“Under Article 243(1), the President of Ghana has the constitutional right to appoint the District Chief Executive. For any President, to contemplate that to give up such power, so that he can empower Ghanaians on the ground with voting rights over the DCE, when this President could reward his own political party supporters with these lucrative positions,” shows the magnitude of the foresight of this President,” Kuranchie said.

He pointed out that whilst allowing Ghanaians the right to vote for their DCEs is visionary and hugely beneficial to the people, the secondary benefit of allowing political party participation in local elections cannot just be quantified.

“People are raising the fear that if we allow parties to participate in elections at the local level, it would lead to strife at the local level. That is wholly untrue and not based on any established facts, but only fear. Political parties have been battling each other at the local level since 1992 in Ghana. War has not broken out. They come out to campaign in party colours during elections, and go back to live as communities when elections are over. It is wholly untrue that local communities would be divided on party lines. On the ground, everybody knows the politics of everybody else in our markets, communities, schools, hospitals and households. It is wholly balderdash that even allowing adding the power of political party participation in local politics would undermine cohesion at the local level. If the people can survive as communities when they vote presidential, and parliamentary, then they would survive the political process to vote for their DCEs,” Kuranchie said.

He said that the fear that allowing Ghanaians to vote for their local governments on political lines would lead to stress at the local level is wholly untrue, but it also failed to address the huge potential benefits for local government.

Mr. Kuranchie said that in any case, individuals ar very much part of the proposed amendment.

The amendment of Article 55 (3) of the Constitution reads; “Subject to the provisions of this article, a political party is free to participate in shaping the political will of the people, to disseminate information or political ideas, social and economic programmes of a national character and sponsor candidates for elections to any public office other than to District Assemblies or other local government unit”.

Explaining, he said that unlike individuals, political parties are long lasting institutions, who constantly vie for power and leadership.

“Parliamentarians constantly tell us that they are not agents of development. Now, the President is saying that he intends to grant Ghanaians the power to vote directly for the agents of development, the DCE. And amazingly, you find some people opposing this very visionary decision. It is really incredible,” Kuranchie said.

“In a few years, you would have areas typically classified as the strongholds of various political parties turning for opposing parties, because the electorate would tie development in with voting rights. Political parties would be forced to bring development directly to the doorsteps of the people,” he said.

He said that transparency would also be given a major boost if political party participation is allowed.

“For the first time, you would have clearly political participation in local government. The DCE may be NPP, but in his assembly he would have CPP, DPP, NPP and other political parties present and vigilant,” Mr. Kuranchie said.

He envisaged that overnight, local media would be strengthened.

He said that again, political accountability would be transferred to the people instead of being vested in one person in Accra.

“When you go to many places across the country, people may want to change their DCEs, because these DCEs are not accountable to them. If they were party candidates, whose mandate would be renewed periodically, they would ensure that they are accountable to the people,” Mr. Kuranchie said.

Mr. Kuranchie said that those who claim that when people at the local level engage in politics they would end up fighting have a deep disrespect for Ghanaians.

“Politics is about choices on governance, and how to use available economic resources to ensure necessary social goals. For instance, in each assembly, given a specific budget available in any given year, it would be the job of the political parties to propose different ways of spending the budget to ensure the most efficacious outturn that would ensure that the greater social needs are met. For instance, should the assembly buy new cars, or invest in a new school building or hospital? The political parties would bring forth options, and at the end of the day, the people would choose which party ensures best use of available resources. How anybody can say that this is not a progressive arrangement, beats my imagination,” he said.

Overall, he said that the benefits of allowing party participation in local government far outweigh the so-called limitations.

“What is proposed is very good thing, and we should all support the President to bring this matter to the necessary conclusion,” he said.

He said that the amazing thing about this development, is that it was seeking to bring benefits to all Ghanaians and all political parties in one stroke.

“Someday, history would be written, and people would know those who are patriotis, and those who do dangerous politics for its sake,” Mr. Kuranchie warned.

He therefore called on civil society to rise up and be counted.

“I call on all civil society groups to conduct an impartial study of the advantages and disadvantages of allowing political party participation at the local level, and take a stance. We must bring this great gift home to ourselves,” he said.