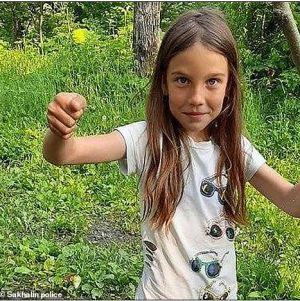 An eight-year-old Russian girl who ran away from home following an argument with her parents was raped and killed after being picked up by a married couple in their car, Russian police have said.

More than 500 people volunteered to search for missing Vika Teplyakova after she was seen in for a final time in CCTV footage walking alone along a road.

Wearing a T-shirt and blue shorts, the girl was reportedly trying to reach her friends in the town where the family used to live.