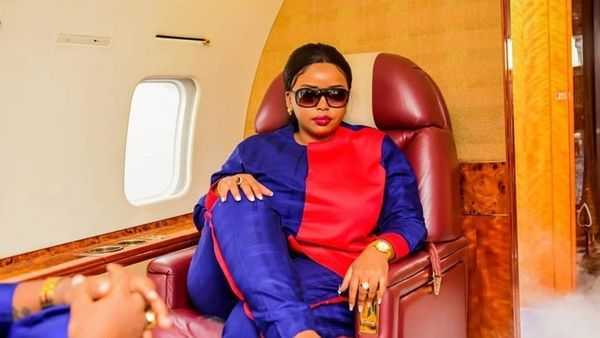 Kenyan Preacher Rev. Lucy Natasha has justified why it is imperative for preachers to own private jets, explaining that it helps in the spreading the word of God.

According to her, Jesus Himself, if He was still preaching in this current dispensation would have been using a private jet.

Rev. Natasha who is the The founder and overseer of Prophetic Latter Glory Ministries International is at a loss as to why people get livid when they see Men and Women of God living in affluence with all the exotic cars and private jets.

Explaining why she bought her own private jet to a local magazine in Kenya, the young rich female preacher opined that the Kingdom of God needs money and speed to reach the current generation.

She wondered why rich preachers are always the ones at the receiving end, being ridiculed and insulted, while politicians who steal from the people to enrich themselves are left off the hook.

She averred that owning a private jet has enabled her preach in over 50 countries.

She said “I don’t know why people make it a big deal when a preacher gets a private jet and they don’t do the same when a politician does the same. The Kingdom of God needs money and speed if we are to reach out fully to this generation… I trust that if Jesus was preaching during these days, he would be using such facilities” .