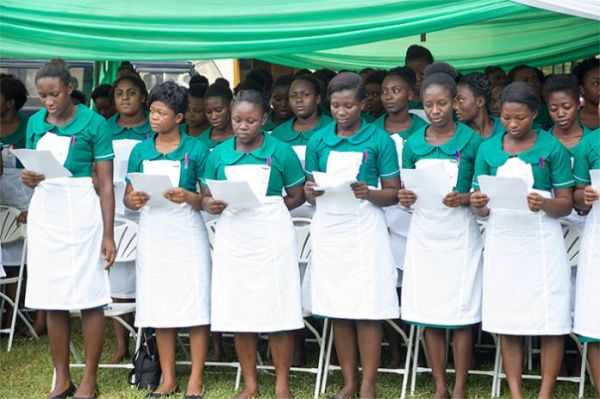 Some nurses and midwives at the Upper East Regional Hospital have expressed concerns about the relaxed attitude of management of the facility towards their safety in the midst of the COVID-19 pandemic.

The nurses and midwives raised the concerns in an interview with the Ghana News Agency (GNA) in Bolgatanga on the backdrop of a confirmed case of COVID-19 in the Hospital on Friday.

Madam Tangoba Abayage, the Upper East Regional Minister in a press statement, confirmed that the Region had recorded its first confirmed case of COVID-19 when laboratory investigations revealed that a 33-year old woman who reported to the facility turned out positive.

Even though the Minister indicated in the statement that “The patient is in good condition and under isolation,” checks by the GNA at the Regional Hospital showed that the patient, who was admitted at the gynaecological ward, absconded before the test result was released.

One of the night nurse supervisors at the Hospital, who pleaded anonymity, told the GNA that “We expected management to show some concern when the case was reported, and working to get PPE immediately for us those in the clinical field.”

“Since the outbreak, the situation has been the same until we recorded a case. So in effect, I actually feel neglected,” he said.

Asked if the emergency response team for COVID-19 set up by management of the Hospital was not enough to allay their fears, the nurse said “Yes, it is a step in the right direction, but as to whether that response team is equipped enough to deal with the virus is a different issue.

“When I interacted with them, they themselves were complaining that they did not have PPE and so they wouldn’t risk their lives entering into cubicles of suspected patients, so this tells you how ill-prepared the emergency response team is.”

According to him, the major action needed to allay their anxiety was the provision of the PPE, “When we feel protected, we will be psychologically sound and ready to work. Aside that with all these fears, we need some reassurance from management which would support us emotionally”.

A Midwife at the Hospital who had just closed from night duty, told the GNA that “I saw the patient on the day she reported, just that I didn’t nurse her, but my colleagues did. We are all at risk, because we interact with each other on daily bases at work without PPE, so none of us is safe.”

A Critical Care Nurse at the Hospital who also spoke on condition of anonymity expressed worry that in spite of the four-bed capacity “Holding Centre” of the facility where suspected cases were supposed to be managed, suspected patients were rather left on the wards while samples were sent for laboratory investigations.

“Suspected cases are kept on the ward and nurses attend to them without PPE, what happens when the results for such patients turn out to be positive? Also most of the wards have just few face masks.”

Mr Thomas Lambon, the Upper East Regional Chairman of the Ghana Registered Nurses and Midwives Association (GRNMA), who assured members of the Association to remain calm, disclosed that leadership of the GRNMA in the Region met with management of the Hospital to find appropriate solutions to their concerns.

He further confirmed that the infected woman was pregnant and was not at the facility as at the time the GNA contacted him, and indicated that some contact tracing had commenced.

He said some Units of the facility, especially the Maternity Block would be closed down for disinfection exercise on Monday.