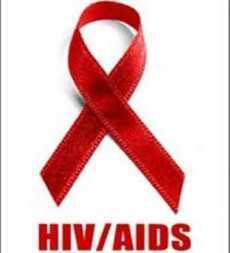 The Ghana AIDs Commission in collaboration with Sunyani Municipal Assembly has marked the World AIDs Day with a call on the public to stop the discrimination and stigmatizations of People Living with HIV (PLHIV).

The essence is to contribute to prevent the spread of the disease to reduce the prevalence rate, Madam Justina Owusu-Banahene, the Sunyani Municipal Chief Executive (MCE), said at a durbar organised to mark the occasion.
The event was held under the theme: “Communities Make the Difference - Help End AIDS”.

Madam Owusu-Banahene said everybody could be affected at any time; hence the need to stop discrimination and stigmatization of affected persons.

She expressed concern that stigmatizations and discrimination of the affected individuals were some of the leading causes of the spread of the virus, but “HIV is not a death sentence”, the MCE said.

Madam Owusu-Banahene said despite that the disease has not yet had permanent cure, it could be managed for many years for affected persons to live longer, provided the society does not reject them.

The MCE said there is a need for PLHIV to be accepted and guided to timely and religiously take their drugs and food as directed by health managers.

In a speech read on his behalf, Dr Kofi Issah, the Bono, Bono East and Ahafo Regions Director of the Ghana Health Service, said at least 90 percent of the population must test to know their HIV/AIDs status by the end of 2020.

Dr Issah revealed that as of September this year, the three regions – Bono, Bono East and Ahafo had achieved 87, 50 and 69 per cent of 90-90-90 target respectively.

From January to June this year (2019), 108,954 people in the three regions tested to know their HIV/AIDs status at the various HIV testing service centres and 3,115 new clients identified were put on Antiretroviral Treatment, he added.