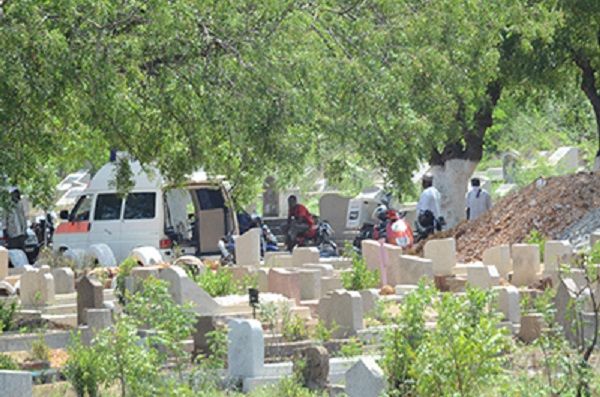 A South African woman had to hold two funeral services for her husband who had died from Covid-19 after it was discovered that his body had been swapped for another man's, News24 reports.

Retired nurse Nomsa Noda, from Uitenhage in Eastern Cape province, believed that she had buried her husband on Sunday, but three days later an undertaker and a pastor visited her to say that there had been a mistake, the news website says.

A second funeral was then hastily organised for Thursday.

Ms Noda told News24 that she thought that the name tags for her husband and another man, who had also died after contracting coronavirus, had been switched by mistake.

She had not been allowed to view the body because of restrictions to prevent the spread of the virus.

"I am so traumatised by this situation," Ms Noda is quoted as saying.