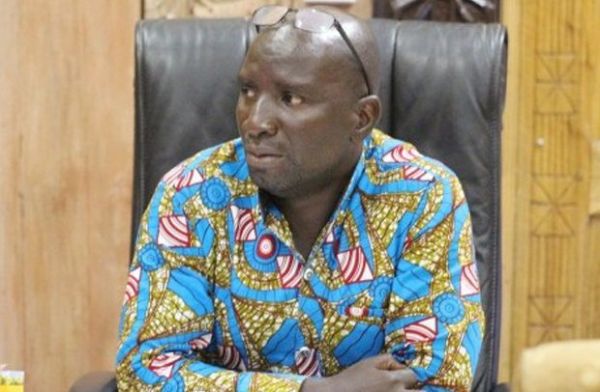 Socrate Safo, Chairman of the newly inaugurated Film Classification Committee, has promised to save the young and future generation of the country from negative foreign influences through TV and movies content as he takes on the new role.
Speaking at the inauguration of the 12- member committee of the National Film Authority at the Ghana Tourist Information Centre in Accra today, May 14, Mr Socrate Safo said protecting the future will be his priority.

He said his fear of the negative influence of foreign content on Ghana’s culture and her people will encourage him to dutifully discharge his duties as the chairman of the Film Classification Committee.

“I am determined to make this a priority when I look at my children at home and wonder what they are watching. Whatever they are consuming at that time, only God can tell because we are what we watch.

"And sincerely, I’m afraid for the future looking at the present content on our TV. That is where I draw inspiration from, to fight and protect the future,” Mr Socrate Safo stated.

The Film Classification Committee is mandated by Act 935 to provide the legal framework for the production, regulation, nurturing and development of the Ghanaian film industry, and for the distribution, exhibition and marketing of films and for related matters.

The Committee is a key mandate under the National Film Authority (N.F.A) and for Mr Socrate Safo, the heavy task of satisfying the needs of all stakeholders including filmmakers, broadcasters, exhibitors, industry stakeholders and the general public who fall under the committee’s directive will attract criticisms when they fall short of expectations.

“Like Jesus Christ, I wish I could say that this cup should pass me by especially when I look at the entertainment critics and pundits ready to eat me up but I know those who are for us are more than those who are against us.

“This is not going to be easy but with support from the Ministry, National Film Authority and other stakeholder institutions, we will deliver,” Mr Socrate Safo stated.

The Committee inaugurated by the Minister of Tourism, Arts and Culture, Barbara Oteng Gyasi has representatives from the Information Services Department, National Commission on Culture, The National Film and Television Institute, The Film Producers Association of Ghana, The Ghana Police Service and the Copyright Office.

The others are Christian Council of Ghana, Federation of Muslim Councils, Traditional Religious Authorities, Ministry of Gender, Children and Social Protection and National House of Chiefs.