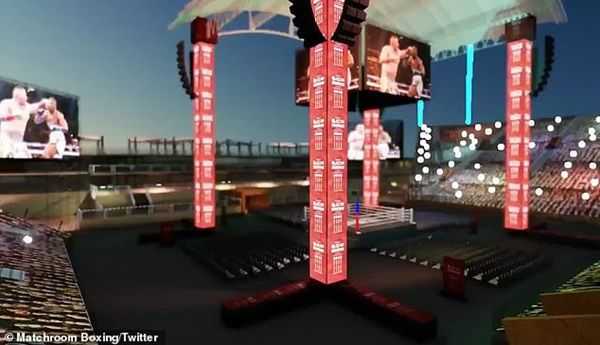 Construction has begun on the 15,000-seater stadium which will host Anthony Joshua's blockbuster rematch against Andy Ruiz Jnr in Saudi Arabia in just less than eight weeks' time.

The heavyweights will renew their rivalry on December 7 in a Gladiator-style, three-sided temporary venue in Diriyah.

The Diriyah Arena is being built especially to host the high-profile rematch and work has now begun on its construction with little under two months to go until fight night.

Despite only having a short window there appears to be few concerns about whether or not the stadium will be finished in time, besides some fans.

Currently, there is little more than ground being cleared and the first foundations being struck.

Matchroom released footage of the bare construction site on Wednesday - highlighting the scale of work to be done over the next 52 days before the fight.

The foundations of temporary stands were seen on one side of what is set to be the ring, with a large shell of what appears to be the stage area housing changing rooms, VIPS and TV studios opposite.

A small section of temporary seating has also started to be put up - but with the clock ticking, organisers seemingly face a huge task to complete the job.

However, the construction timeframe for a temporary stadium is minimal and they can often be built without a foundation or level ground.

A digital rendering of the unique stadium was revealed earlier this month in a video posted online by Matchroom, who are anticipating a full house for December 7's fight.

Joshua will be looking to regain the world titles he surrendered to Ruiz Jnr in their first encounter back in June when they face off in Saudi Arabia.

Tickets for the world title clash went on sale this week. Cheaper seats cost £105 while VIP packages are available for £10,600 - which includes a chaffeur service and private entrances. 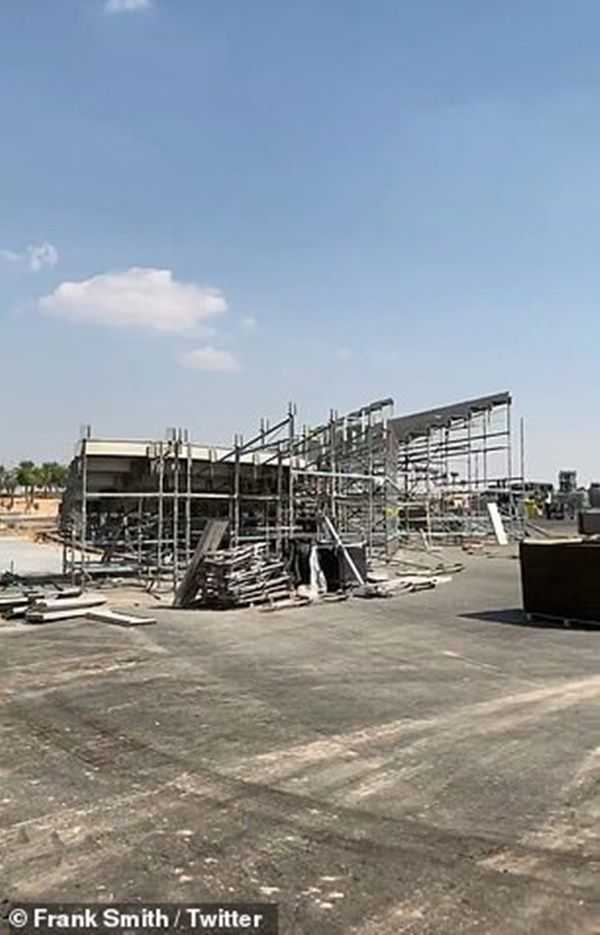