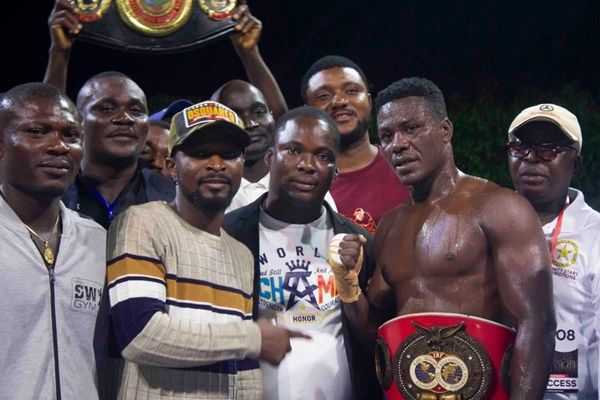 The 28-year -old who defeated journeyman Frank Dodzi at Dodze recently via a technical knockout in the fifth round of their welterweight contest to take the IBF Africa title told the Daily Graphic in a watsapp conversation that he is ready to take the world by storm but not before adding the WBO Africa to his collection.

"I want to be the second person person to win a world title for the country after Richard Commey in recent times, " he stated.

He continued " moreso I want to join the ranks of Ike Quartet and  Joshua Clottey in winning at the welterweight division, "he stated.

Kemeh says he has not rest on his oars since his feat two week ago and he has began training to ready himself for any bout at the welterweight division.

"Am training very very hard now , I want a world title to complement my efforts so I won't rest on my oars," he stated.

Sheriff Quaye knocked out Nash Tagoe in their eight round national lightweight ontests while Raphael King secured a fourth round technical knockout against Raphael Allotey in their super Welterweight contest.

In a thrilling eight round bantamweight contest Emmanuel Quaye beat Moses Lartey via a fourth round technical knockout decision.