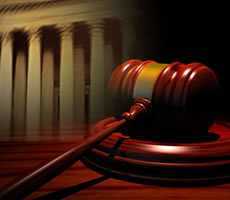 The trial judge of the case involving the Ghana Cycling Federation (GCF) and it's four club chairmen has adjourned the case to July 30, 2018.

The two parties were duly represented in the court on Thursday, when court continued hearing for the case as both parties sought redress.

The lawyer of the respondent, Samir Ibrahim, mentioned to the trial judge how they have filled an application to set aside the writ by the plaintiff, but lawyer for the plaintiff, Micheal Opare Aikins countered by also mentioning to the courts that, they have also filled an affidavit in opposition.

The trial judge offered both parties enough time to study the affidavits in order to make a presentation as well as pursuing their legal argument, hence the adjournment.

The four club chairmen namely, Nathaniel Agoe, Seidu Sulley, Wilberforce Quaye and Amen Amentor sought redress in what they described as deficiencies, discrepancies and disparities in the constitution of the GCF and that of its mother body International Cycling Union (UCI).

The latest standoff means the delay of the national cycling championship and will continue unabated until a resolution is reached between the two parties.