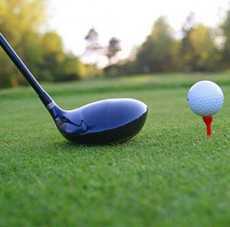 A one-day golf tournament is to be held at the Celebrity Golf Course in Tema to solidify the relationship between South Africa and Ghana.

Global Media Alliance (GMA) in partnership with the Celebrity Golf Club and the South African High Commission in Ghana is organising the 2nd edition of the South Africa Freedom Day Golf Tournament. The event is to mark the 21st anniversary of South Africa’s Freedom Day.

According to organizers of the event, will also be used to showcase the unity and peace that have existed between the two countries over years despite the recent reported xenophobic attacks on foreign nationals in South Africa.

The tournament which will feature golfers from Ghana and South Africa, takes place Saturday April 25, 2015.

Freedom Day is an annual celebration of South Africa's first non-racial democratic elections of 1994. Peace, unity, the preservation and the restoration of human dignity hallmark Freedom Day celebrations on April 27 of each year.

Commenting on the tournament, Managing Director of GMA, Mr Ernest Boateng said “Freedom Day is an important day in the lives of South Africans. As a company with its roots from South Africa, we want to use this event to promote unity among Ghanaians and South Africans, and also in remembrance of The Late Nelson Mandela.”

Apart from promoting unity, peace and excellence in golf, the event will also serve as a platform for Ghanaian and South African businesses to network.

The Special Guest of Honour is South African High Commissioner to Ghana His Excellency Lulama Xingwana.