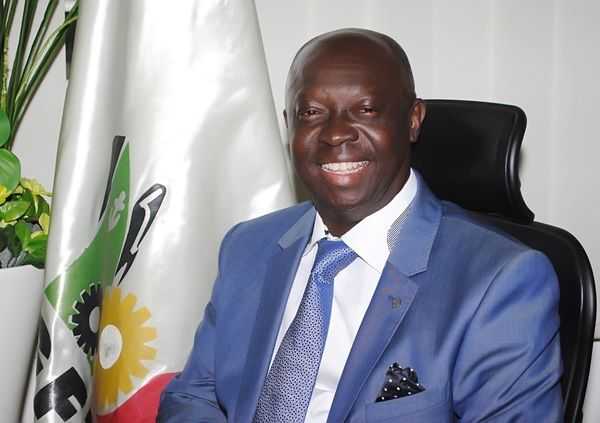 President of the Sports Writers Association of Ghana(SWAG), Kwabena Yeboah has revealed that the sordid and numerous tales about sportsmen and women who go broke after retiring stems primarily from that fact that they do not listen to advice when they reach the pinnacle of their careers.

The celebrated broadcaster bemoaned the frequency of the ‘riches to rags’ story of many African sportsmen, particularly footballers and called on stakeholders to do everything they can to help arrest the alarming trend.

Stories of great and wealthy men who achieved so much during their heydays but end up living a life of penury in their old ages abound with some struggling to live a decent life.

Speaking on the sidelines of the Betway 12th Man initiative, Kwabena Yeboah said it was about time sportsmen and woman seriously consider the kind of life they want to live after retirement, and appropriately plan for it.

“There is sometimes a lot of disappointment when we hear about some of these wonderful footballers we all saw growing up and who made so much money unfortunately in their old ages most of them live a life of penury and would often have to go cup in hands trying to solicit assistance for survival.

“The stories are varied but the bottom line is that a lot of them did bot utilize their finances very very well. Some were misguided into spending on irrelevant things and living their lives as though they will earn the same salaries after retirement. We are hoping that the narrative will change but it has to do with their lifestyle and the fact that they will not listen to advice when they hit stardom. Fame and money can destroy a lot of people who are not counselled by the right people. Unfortunately, when they hit stardom they get suspicious about a lot of people who come around them and yet those they surround themselves with are not people who can advise them about their finances and how to manage it so they don’t hit rock bottom in their old ages,”  Yeboah added.

These sordid stories are why Kwabena Yeboah has agreed to be a resource person in the initiative by Betway called the 12th man which aims to give life skills to ex-footballers so they can live a meaningful life in the retirement.

Through the maiden edition of the 12th Man project, ten  Ghanaian football legends will embark on a life-changing four-month journey which will see them graduate with a variety of skills and qualifications to increase their chances of employment.

During this period, Betway alongside the programme’s ambassador, Stephen Appiah, will invite various industry experts from the fields of coaching, broadcast, finance, and event management to give the former players practical skills that they can use in their communities.

Upon completion of the skills acquisition course, the players will have an opportunity to further upskill themselves through certified courses organized by the Chartered Institute of Marketing Ghana (CIMG) and Ghana Institute of Management and Public Administration (GIMPA).

The former stars will then go on to complete a Club Administration and Project Management course that will reveal some of the behind-the-scenes planning that comes with running a professional club.

Betway 12th Man ambassador, Stephen Appiah, said the initiative was dear to his heart, considering how a number of his former teammates have unfortunately been forgotten – even after their memorable contributions towards Ghana football.

“As a former footballer, I am honoured to lead such a life-changing programme. I see many of my friends I shared dressing rooms and cracked jokes with go through very difficult times.”

“I believe the Betway 12th Man is such an important initiative to give back to these legends who have invested so much in the game. Our football is where it is today because of the time and effort they gave and I have to applaud Betway for recognising and upskilling them in such an impactful manner,” Appiah said.