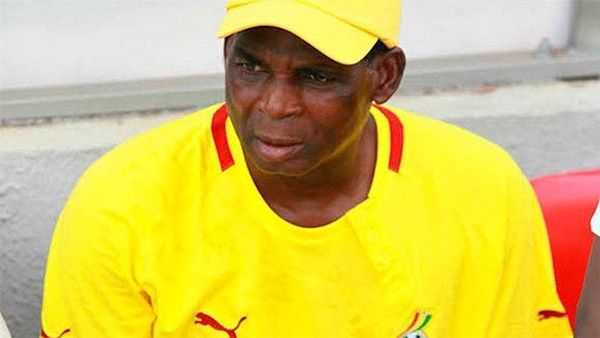 Former Black Stars player, Malik Jabir, has threatened to lead a crusade for a white man to become the next GFA president, should the GFA appoint an expatriate as a new technical director.

"I would never be happy if the position is given to a foreigner. God should never forgive them for creating an opportunity for a white person," a disappointed Coach Jabir declared in an exclusive interview with Graphic Sports last Saturday.

According to him, it will be a disaster if an expatriate is appointed as the new technical director since foreigners do not understand Ghana Football like Ghanaians.

"No foreigner knows the Ghanaian system today and they wouldn't know where to start from. Our system is not like theirs," he explained.

"We would organise for the next GFA president to be a foreigner, if Ghanaians can't do the work then why should we even choose a native to be the FA president.

"If they think it's only the whites who can do it, then we would also recommend that they (whites) should be the next GFA president," he stressed.

Graphic Sports is reliably informed that the local football authorities have finally settled on a white man as the new technical director who will be officially introduced in the coming days.

Veteran Ghanaian coaches, Malik Jabir and Bashir Hayford, were among the numerous candidates who applied for the job. However, the two trainers were allegedly left out by the GFA during the selection process.

The experienced trainer revealed that they had not been written to, neither had anyone from the GFA contacted them since they applied for the position a few months ago.

"I heard Bashir complaining over the silent nature of the GFA to get back to him after he had submitted his CV for the position," he recalled.

Subsequently, a countless number of coaches from Ghana and abroad applied for the position and five candidates were shortlisted and interviewed by  the GFA Selection Committee.