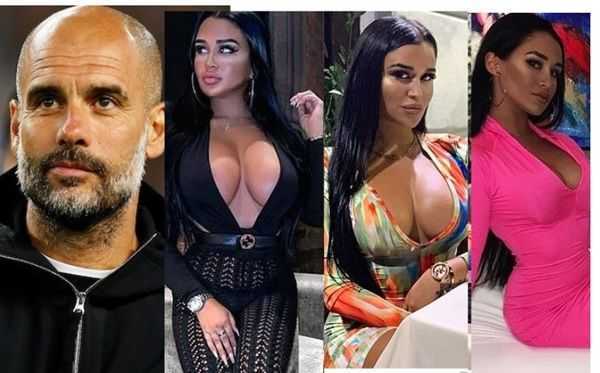 Manchester City coach, Pep Guardiola has confirmed that his squad partied with 22 Italian Instagram models after he gave them permission following their 6-1 win against Aston Villa last weekend.

This comes days after the Sun reported that Manchester City stars including married footballers flew 22 Italian Instagram models out to Cheshire for team bonding night at £150-a-night Mere Golf Resort in Knutsford.

The team bonding session was organized by fixers close to the club and Guardiola confirmed he was aware of the party and even disclosed that he encourages his players to spend time together away from training.

I knew it. When they have time, they make a lot of times dinners together, with the staff,’ Guardiola said.

‘They did it many times anyway. And I like it when they are together outside here, the do it sometimes at home, sometimes in a restaurant, as was the case. It was nice.’

Some of the models including famous stars Amira Paula, Marta Tejada Italian TV presenter, and Chriara Giuffrida among many others took to Instagram to document their Cheshire stay with videos in the spa and other photos that showed them relaxing, dressed in skimpy bikinis.