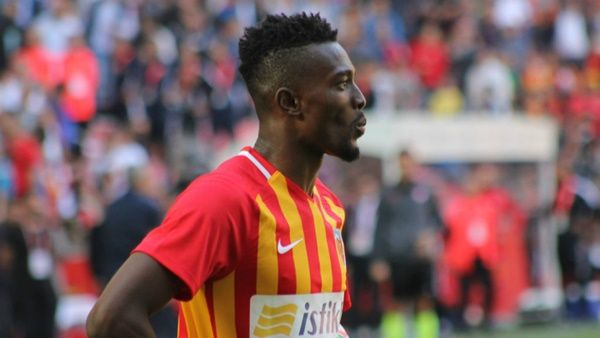 The Turkish giants have been chasing the 25-year-old for most of the summer and bid being rejected.

The Ghana international remains the side's priority target but GHANAsoccernet.com understands, they have held their hunt because of his prize tag.

This means any club that can match up the figure will hold of the services of the Ghanaian midfielder.

However, Galatasaray has pulled the plugs, at least for now due to his high valuation.

Mensah, who is also wanted by Beşiktaş, produced 5 goals and 8 assists in 25 games in the league this season.

The Ghanaian, after a year on loan at Kayserispor, signed from Atlético Madrid on a permanent basis for 3.6 million euros, a sum that the Spanish side still hasn't received.