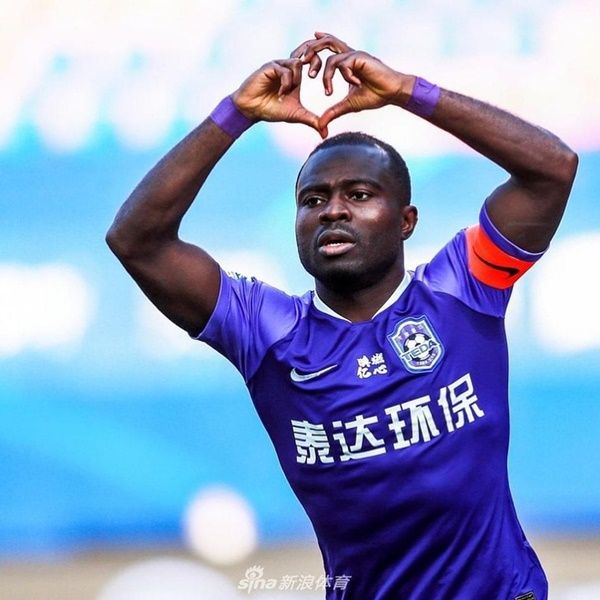 Teda who went into the game at Shenzhen Universiade Sports Centre with a 2-0 advantage courtesy Acheampong’s brace in the first leg, had a more defensive approach yet Acheampong remained a torn in the flesh of the Kaisa defense who had no antidote to the attackers swiftness, pace and power.

John Murray shot the home side into the lead in the 28th minute and Teda went to the break without a response. Both teams came into the second half playing with a lot of intensity, as Kaisa fought for the second goal to anull Teda’s 2-0 lead from the corresponding fixture, Teda in the other hand were looking for the equalizer to further complicate things for the home side. It took the exploits of the captain Frank Acheampong who was brought down not too far from the penalty box after taking on three defenders.

The free kick by Odil Akhmedov was beautifully connected home by Felix Bastians for the equalizer in the 75th minute.

Teda by this results beat relegation as they advance to the next stage of the play offs and Shenzhen Kaisa suffering demotion.

Captain of the side Frank Acheampong is excited by Teda’s survival. “I’m so happy we escaped relegation, I have had incredible seasons with Teda and if the team will be relegated, not at a time I’m captain of this great club. I told my team mates we could do it and I’m glad we saved our dear club. The fans, management and everyone is happy and we’re grateful to God”.

Tianjin Teda are now awaiting their opponents for the Semifinals of the play offs. 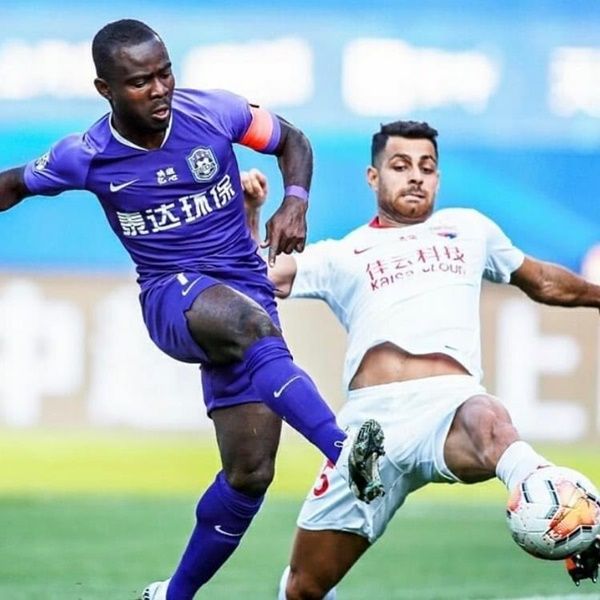