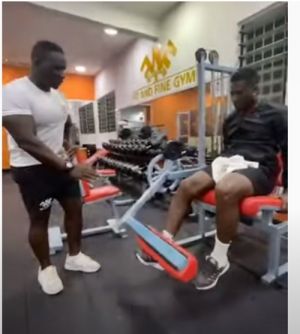 Iconic former Ghana captain Asamoah Gyan has been linked with a sensational big money move to Premier League side Legon Cities, according to reports.

The 34-year-old is a free agent after terminating his contract with Indian Super League side NorthEast United.

The former Sunderland hitman has popped up on the radar of Legon Cities - who have cash to spend to bring the lethal striker to the capital-based club.

Legon Cities, who were the least scoring team in the Ghana Premier League before the season was cancelled because of COVID-19, are looking for an emergency cover and Gyan fits the bill, according to circling reports in the West African nation.

Cities are lining up a sensational big money move to bring the Ghana's leading top scorer to the club and are ready to break bank to achieve, just that.

Gyan has consistently claimed he will end his career at Ghanaian giants Asante Kotoko but dream appears to be fizzling out as he aims to cash in at the twilight of his glittering career.

The potential arrival of Gyan could boost the commercial value of the Ghana Premier League due to his staturein world football.