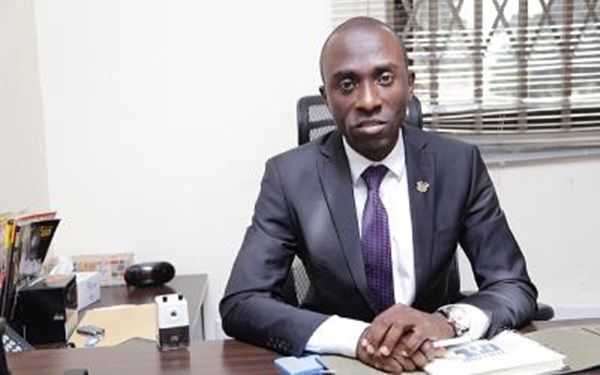 The whirlwind fairy tale romance or should I say a kooky sitcom plot engaged in by John Mahama and his darling boy is becoming more and more clearer, and it came as no surprise when the beleaguered self-styled journalist, Kelvin Taylor offered a response to the expose against him that he's on a $20,000 monthly payroll on John Mahama's call.

Truth be told, that response was badly put together. It was a very porous attempt by Kelvin Taylor to explain away Mahama's role in his mercenary activities. We all know it. We know the stuff Kelvin Taylor is made of, and the history of how he was born and raised in a brothel and grew up to become the poster boy for crass and claseless behavior.

This INCORRIGIBLE arm-chair critic think we are unaware of his antics.

First of all, let's debunk his claim that he started his journalism antics way back under the Mahama era. Yes, he may have started doing what he does under Mahama but the question is, how critical was he then? Can he cite one critical work laced with insults, lies, and character assassination he did against the Mahama regime? Can he?

Let's face it, there's a huge difference between ethical and mercenary journalism. What Kelvin Taylor does is no where near journalism. At best he's practicing mercenary and yellow journalism. Let's call it what it is.

We've had journalists in this country who does what they do with finesse. Talk of Odeilia Ofori and her dexterity with social issues, Nana Aba Anamoah and the Tramadol fight, and so forth and so on. No one does it with the mercenary approach that Kelvin does his own. And this can only be motivated by the mega pay cheque that Mahama keeps delivering to him.

There's an overwhelming evidence of Mahama sponsoring Kelvin Taylor's work - One Okoro who once operated from Mahama's office has on several occasions delivered huge amounts of cash to Kelvin Taylor in the state.

Kelvin Taylor himself is on record to have demanded for support from Mahama, and even pleaded with him to come to his rescue because according to him, his life was under a threat.

Indeed, I am aware Mahama has promised him top job in his government in the unlikely event of him becoming a president.

These are all open secrets.

This is a guy who operates in a small basement in the Virginia Suburbs and uses Adobe Premiere Pro to edit away his mercenary work, and also with a projector and uses Panasonic HC-X1000 Camera with a lapel mic costing $17,997.99

All these are Mahama's handiwork, and he can't explain it away with the claim that he was critical of the Mahama regime too, and that he's not at the back and call of Mahama.

Every right thinking member of society passed a comment on the Ofosu Ampofo' criminal conspiracy and attempt at kidnapping. Yes, we also spoke against the political attrition against the Asantehene and Okyehene. Where was this poster boy? I thought he claims he's doing it for God and country, or?

Kelvin Taylor's attempt to explain this away is very typical of the belly giggling squelers in the Orwellian state.

As clear as we can see, the beleaguered self-styled conscience of society, Kelvin Taylor and his backers are so hungry for power and they will advance their agenda without regard for the rule of rule, ethics, honesty or the lives they destroy.

There is a very big anger out there and part of it is caused by the purposely false and inaccurate reporting and fake news this guy chuns out.

It has gotten so bad and hateful that it is beyond description.

In democratic Ghanaian politics, it is not unusual to see, and read, off-centered accounts from faceless actors who exploit the generousity of cyber-technology to express their quaint views on socio-political matters. But there comes a time in a nation’s journey to prosperity when distractions must not be tolerated, when destructive behavior must be abhorred, when we stand up and look the devil in the eyes and say there is no place here for you.

For those of you who keep stating that this guy is a nonentity and that he must be left to rot in his ignorance, you might want to amend that position. Mahama is prepared to go any length to win power and he's under the false impression that Kelvin Taylor's lies and unwarranted character assassination is the deal.

I'm going to need all of those who are following behind this poster boy like sheep to put on your big boy pants and accept the fact that he is a dangerous criminal, corrupt and absolutely deplorable. You can't explain away or lie your way out of this.

Kelvin Taylor, it is the last warning! Next, you want to take someone on, make sure it is against gods with clay feet or you end up as microdot at the footnote of history.

I shall be back