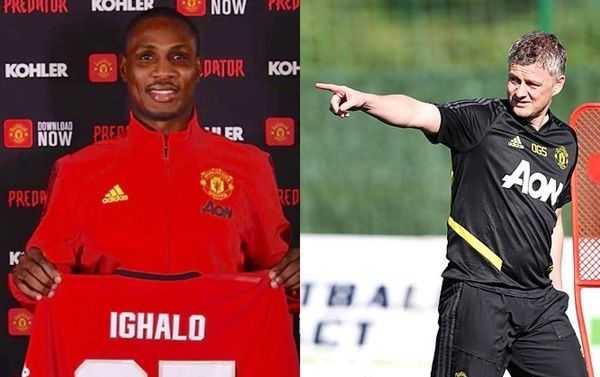 Manchester United legend Japp Stam says ex-Nigeria international Odion Ighalo will need the support of his teammates to be successful at his new club - Manchester United.

Ighalo racked up 33 Premier League goals in 82 appearances during his three-year stay with Watford before moving to China to join Changchun Yatai where he bagged 36 goals and then he scored 10 goals for Shanghai Shenhua.
During the January transfer window, Ighalo shockingly sealed a deadline day loan transfer signing to Old Trafford as the club jostled to sign a striker to cover up for the injured Marcus Rashford.

Ighalo came on in Monday night's clash with Chelsea and almost scored in the last minute, then on Thursday night played in the Europa League coming in as a second half substitute for Anthony Martial but Stam, a Man United hero during his playing time believes the Nigerian can do a lot for Man United if his teammates support him.Stam admitted the Nigerian might find it not easy playing for Manchester United, a club he supported as a kid.

“I hope he’s going to surprise people. He played for Watford for quite a while and went to China and he scores goals,” Stam told 888Sport, as quoted by the Express.

“It might have surprised a lot of people that he went to United but they needed a striker and one with pace and physique who can score goals and he is proven. “The only thing is it’s very different playing for United than smaller teams in the league but he’s got better players around him who can help him out. We saw that against Chelsea.

“Hopefully he is going to do well for the club and himself. Hopefully, he performs.”