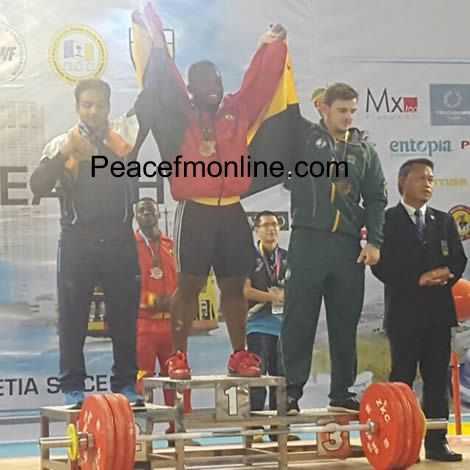 This is Osei’s first ever medal for Ghana at any event and he did it in a grand style.

The Ghanaian began the competition with much hope but failed in his first attempt but redeemed himself in his second attempt and third respectively to pushed him to the top with 138kg in the snatch.

Ghana presented three athletes for the IWF Youth and Commonwealth Championship and they won four medals.

Christian Amoah won Gold at the Youth event while Richmond Osarfo picked silver and a bronze medal. Forester Osei, grabbed Gold at the senior event to crown the competition in Malaysia.

The clean and Jerk saw a new Osei with power as he shown to the rest of the world he has what it takes to win the gold medal by proving his prowess at the commonwealth event.

He told peacefmonline.com's Romeo Oduro who was at the event he was proud for team Ghana and himself for the achievement.

“I am very happy for wining this medal since it was the main purpose for coming to Malaysia and whoever supported us getting here, I really appreciate it," he said.

“Three athletes with four medals is something that has never happened before, but with determination we were able to do it . . . much appreciation to our sponsors and everyone that made it possible for us to come to Malaysia to compete.

“We were expecting to receive three medals but the organizers said they will award one as a total medal and we very pleased with our outfit at the competition," he told Romeo Oduro.

“I am pleased with myself and with the team but sometimes we just have to focus on winning rather than personal interest,” he added.

Ghana will compete at the upcoming African championship later in the year in Egypt.

Team Ghana will arrive on Monday as the team departs Malaysia on Sunday. 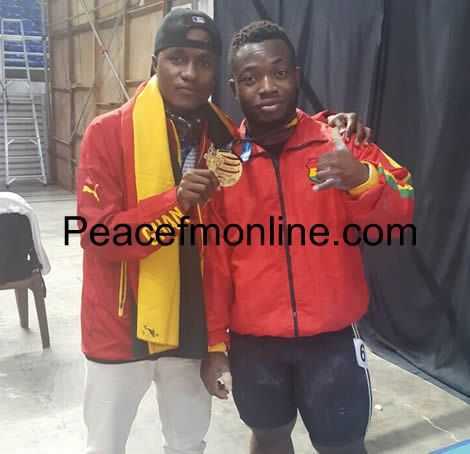